The waterfall overlook is a good place to view the contact between the Navajo Sandstone and the overlying Page Sandstone.  Because they are of very similar lithology, the Page Sandstone and Navajo Sandstone were not originally differentiated as separate formations.  It was not until the recognition that the J-2 unconformity, subtly indicated by a lag deposit, was a disconformable surface separating the two formations that stratigraphers identified them as two separate formations.  The Page Sandstone is separated into three members, which are identified below (Mathis 2000). 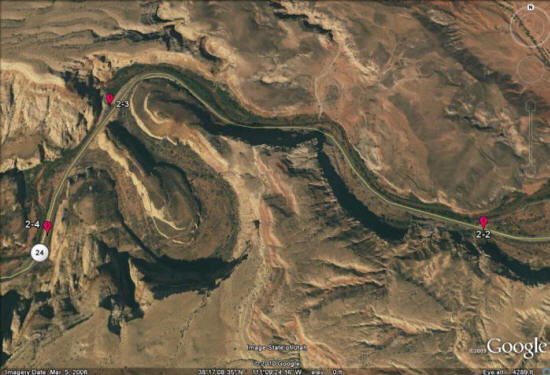