Entrada Sandstone (making up the “goblins”)

The Entrada Sandstone is made up of reddish-brown sandstones and mudstones comprising some of the typical redrock country of the Colorado Plateau, principally colored by the mineral hematite (an iron oxide and principal ore of iron).  This formation lies between gray cliff-making rocks below and white massive beds above (Curtis Formation). The Entrada Sandstone is the same formation that erodes to arches, spires and hoodoos in Arches National Park (southeast Utah) and in Cathedral Valley in Capitol Reef National Park.

The formation is up to 425 vertical feet of flat lying sandstones beds interpreted to be tidal flat deposits with some climbing ripples, and some mudstone rip-up lags.  Some beds are remarkably massive.  Sandstone beds typically form the cap of the goblins, underlain by softer horizontal layered pedestals of siltstone and mudstone.

The Entrada formation readily disintegrates from weathering and erosion. Joint or fracture patterns in the Entrada Sandstone create initial weak zones that are enlarged by weathering (e.g. spheroidal weathering) to created the round-shaped goblins. 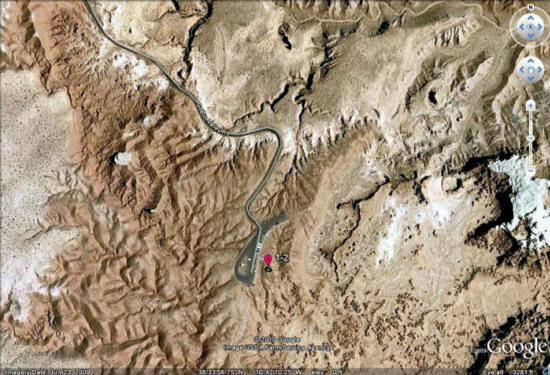