The Hickman Bridge hike is a 2 mile round trip hike to a natural bridge in the Kayenta Formation that includes several good outcrops along the way.  In the distance large-scale eolian features in the Navajo Sandstone are evident.

In particular, the Hickman Bridge hike, like the Grand Wash hike, is a very good place to view eolian cross bedding even though the hike is entirely within the Kayenta Formation.  Large-scale features can be seen in the Navajo formation at a distance, while other depositional features are close in the fluvial and eolian portions of the Kayenta.

Besides the Mesozoic geological features, there are a good variety of modern geologic features to see.  Cenozoic black andesite and basaltic andesite boulders occur in the wash that have been eroded and transported from nearby Boulder and Thousand Lake Mountains.  A developing field, known as in-situ terrestrial cosmogenic nuclide (TCN) radioactive dating, allows scientists to calculate an age of how long these boulders were exposed to the surface (like a “suntan”) and therefore gives us an idea of how long they have been sitting exposed in the park (Waitt 1998). TCNs are formed by bombardment of cosmic rays from the sun and other stars.  Much the same as carbon-14 is produced in the atmosphere from the interaction of cosmic rays and nitrogen-14, isotopes of helium, beryllium, carbon and aluminum, among others, are produced in rocks due to the interaction of cosmic rays and the minerals and atoms in the rock.  Since cosmic rays are the only source for most of these isotopes it is possible to determine an age on the sample based on how much of the isotope is present.  Further, since cosmic rays cannot penetrate very far into the Earth, these cosmogenic nuclides are only produced within the top foot or so of the Earth’s surface.  This means that the age that is determined by measuring the isotopes indicates how long the rock has been exposed at the earth’s surface (e.g., Fig.  1 boulders). 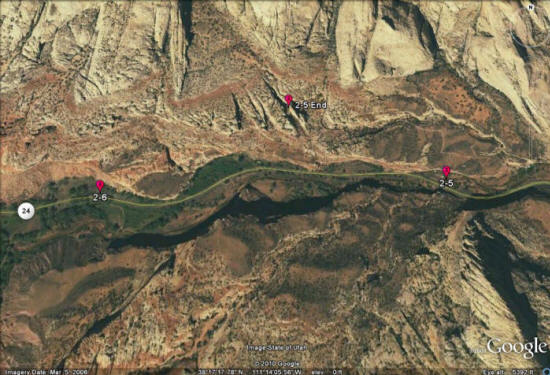